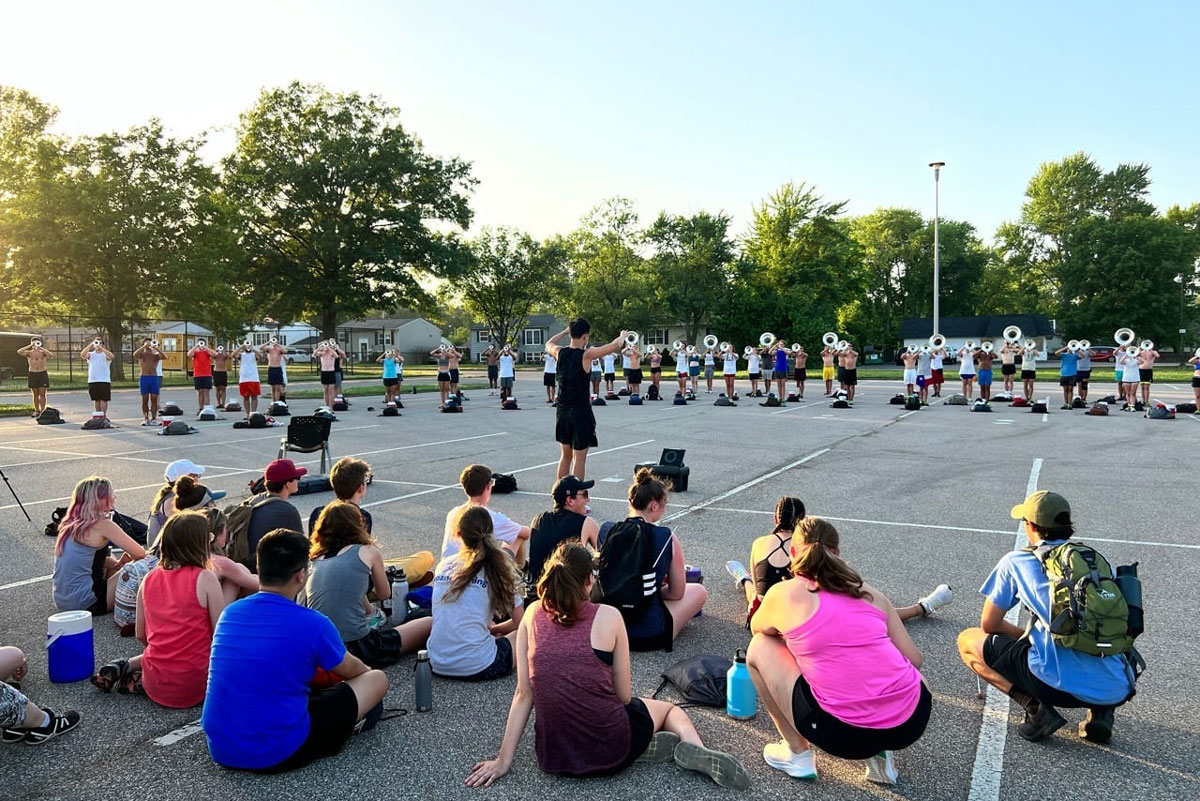 GAC Drum Major John Cong had the opportunity of a lifetime when he attended the Phantom Regiment Academy camp this summer.

Phantom Regiment Drum and Bugle Corps is a Rockford, Illinois-based World Class competitive junior drum and bugle corps. They are a member of Drum Corps International. 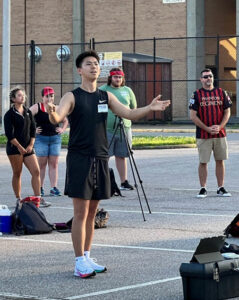 At the camp, Cong was the only attendee selected to conduct the hornline at warm-up. Cong conducted the song “Elsa’s Procession to the Cathedral”.

“It was like a dream,” Cong said. “When I conducted the hornline, I went straight into muscle memory. I didn’t remember what happened afterward because my brain was in a zone.”

As a rising senior, Cong is headed into his fourth year at GAC. Cong is heavily involved in the Band Program at GAC. He has taken a Symphonic Band and Percussion class and is in the marching band, basketball band, orchestra, and chapel band. He plays bassoon and xylophone.

“When I practiced, I would imagine a hornline in front of me so that I would have a sense of where to look and where to turn,” Cong said. “The sound produced by a drum corps hornline is like a wall of sound. It’s overwhelming to experience the volume and tone of the music.”

Cong said that the instruction, guidance, and leadership he has received at GAC from Band Director Wally Conrath and Assistant Band Director Donnell Francis was part of the reason he decided to attend the camp. Francis himself was a drum major for the University of Georgia Redcoat Marching Band.

“They encouraged me to have a musical and expressive conducting style which ultimately led me to research and get information about Phantom camp,” Cong said. “Phantom Regiment Academy conductors are known for being expressive in their conducting.”

“With a lot of new ideas I brought back from Phantom camp, I think we’re going to have a great year,” he said. “We’ll try to fix and improve on some things. I’m looking forward to helping the band strive for the best and put on a great show.”