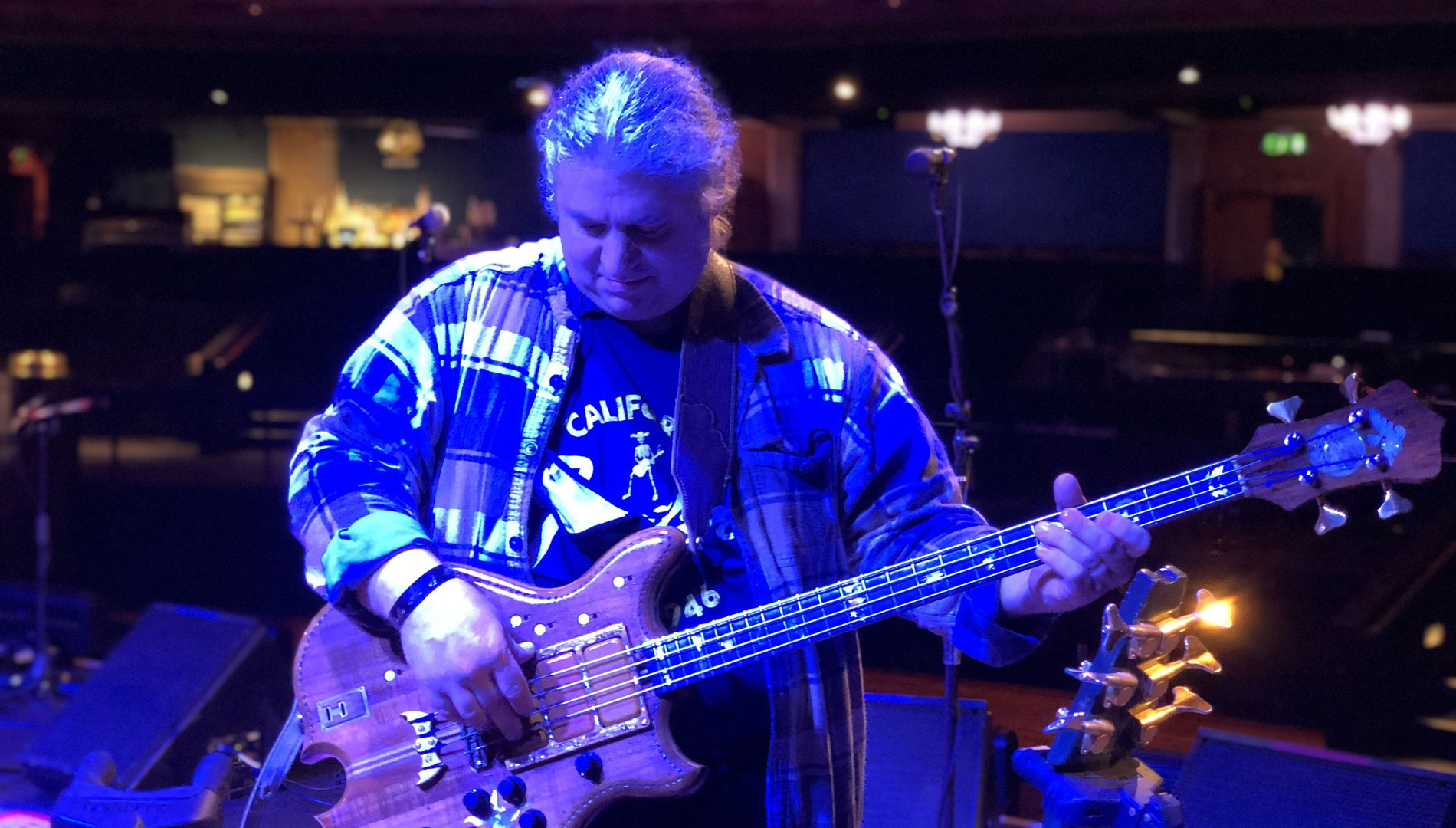 Few instruments in the history of rock music can rival Phil Lesh’s “Mission Control” bass as an example of technical advance and as a medium for musical virtuosity. Jason Scheuner, its owner, is a Board member of the Grateful Guitars Foundation (GGF), which seeks to make sophisticated instruments available to the very best of jam band musicians.

In pursuit of that goal, he has chosen the world-class luthier, Leo Elliott of Scarlet Fire Guitars, already well-known for his stunning reproductions of Jerry Garcia style guitars, to “be the first person to evaluate ‘Mission Control’ for the purpose of making another one,” said Scheuner. “He’ll be using laser-driven 3D imaging to create a “Reference Example” that is so accurate that the Scarlet Fire Mission Control could be used as a prototype in the future.”

Andy Logan, President of the GGF, added: “We are immensely grateful to Jason Scheuner for allowing Leo the necessary access to the bass and we so appreciate the technical assistance of its original luthier, Rick Turner. Grateful Guitars exists to get world-class instruments into the hands of jam band players, and there is no bass in the world that is more iconic than Phil Lesh’s ‘Mission Control.'”

Lost for over 40 years, the visually stunning bass, hand-built at Alembic by luthier Rick Turner, was initially created as part of the Grateful Dead’s legendary Wall of Sound. This groundbreaking instrument was played by Phil Lesh at some of the Grateful Dead’s most legendary shows between 1974 and 1979 and will be lovingly reproduced to the exact style and sound of the original masterpiece.

Scarlet Fire guitars is a company based out of Dallas, Texas, that produces high quality custom instruments.  SFG has been working closely with Grateful Guitars Foundation since 2012 to provide quality instruments to working musicians. The Foundation is a 501c3 nonprofit.